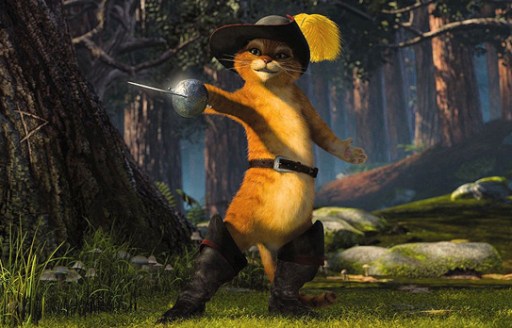 Cats have definitely had their fair share of Hollywood screen time over the years. From animated likenesses to real-life kitty actors, here are some favourite big-screen cat moments from Simon’s Ca.

This week you have a chance to win something really fun for your favorite cat rescue courtesy of Hauspanther! If your name is chosen in Hauspanther’s random drawing, they will send 20 Small ModKicker Catnip Toys directly to the cat rescue organization of your choice! The rescue can give the toys to the kitties in their care so they will stay entertained while they await their forever homes.
Rescue kitties need toys, too!
Deadline 27th of January2013

Find out more on Hauspanther

Need extra funds for that fancy scratching post you’ve been wanting for ages? Well how about doing a little financial investing? Orlando the ginger cat did that and not only made himself some extra funds but he also beat The Observer’s panel of stock-picking professionals in their 2012 investment challenge! How purrfect is that?

The Observer portfolio challenge pitted industry professionals against students from John Warner School and Orlando the cat. Orlando chose his investments by tossing his toy mouse on a grid of numbers. He won! The pros were second and the students last. Excellent mouse skills Orlando!

Read the full story here on the guardian website.

The Royal West of England Academy in Bristol has an exhibition of paintings of cats and dogs called Reigning Cats and Dogs. Not to be confused with last years Stockbridge Gallery show of the same name! Well worth visiting if you are anywhere near Bristol. 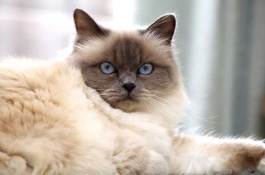 Jessi-Cat the National Cat of the Year winner

Cats are amazing! We knew that already, but being at Cats Protection’s National Cat Awards really brought home just how special they are. As usual the stories were incredibly emotional and all really were worthy winners. The celebrity judges had a tough task but there could only be one top cat in each category and of course an overall winner.

There was also a celebrity cat category won by Simon’s Cat. You can read all about the ceremony and the winners in the October issue of Your Cat magazine.

via Your Cat Magazine.

Our wild cousins are celebrating the birth of triplets. Three tiny lynx kittens are born at ZSL Whipsnade Zoo. 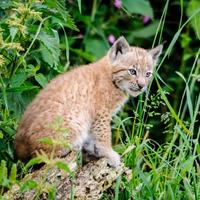 One proud set of parents at ZSL Whipsnade Zoo have three reasons to celebrate this summer – following the birth of lynx kitten triplets.

The all-girl trio, born in June to parents Maja and Timo, have spent the last few weeks tucked up in their den but have just begun to explore outside.

Now they are big enough to venture out on their own, the playful kittens can be spotted perched on logs and playing hide and seek with each other in the long grass while mum keeps a close watch.

Senior keeper Carole Day said: “Mum’s doing a sterling job of looking after all three kittens. They are starting to become more adventurous and independent and are having lots of fun exploring their paddock.”

On the day the London Olympics start meet a feline sprinter who loves to run. Midge is one of the Outstanding Rescue Cat category finalists in Cat’s Protection National Cat Awards sponsored by Verdo Cat Litter. 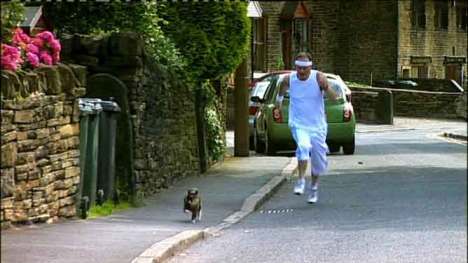 She was the rescue cat no-one wanted but one-eyed puss Midge turned out to have true movie star appeal after being adopted by Martin Humphreys. The story began when Martin took his regular morning jog to the shop and noticed Midge running alongside him. Not only was she enjoying the sprint – she actually appeared to be racing her new owner! Amazed by her sporting prowess, Martin made an acclaimed low-budget film about Midge’s competitive nature, The Great Race, which was shown at the Cannes Film Festival. Martin says: “Midge became more famous than Johnny Depp or Brad Pitt!” 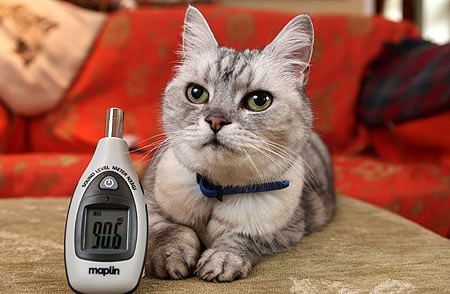 Smokey the cat purrs louder than a lawn mower! For cat lovers, there is nothing more soothing than the sound of their pet purring with contentment.

But when Smokey kicks off, it’s time to reach for the ear plugs. The sound she produces can reach an incredible 92 decibels – the same as you’d experience watching a Boeing 737 coming in to land. Even from five feet away the level is 80 decibels, the same as a car passing 25ft away. Most cats produce around 25 decibels.

Owners Ruth and Mark Adams say the 12-year-old British Shorthair can drown out TV and radio shows and phone conversations with her ‘cooing purr’ which they describe as ‘sounding as if she has a dove stuck in her throat’.

More about Smokey via The Infinite Cat Project – Cat Stories – The Loudest Cat In the World.

Via Your Cat Blog 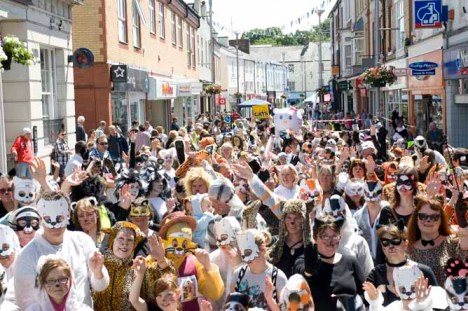 Over 200 people took to the streets of Bridgend, south Wales, in an attempt to set an unusual British record. By donning fluffy ears, tails and feline masks, 211 people aimed for a new record for the largest gathering of people dressed as cats. They will find out next month if Guinness World Records will recognize it as an official British record.

The ‘Catathon’ event was organised by Cats Protection’s Bridgend Adoption Centre to raise awareness of the thousands of unwanted cats and kittens that the charity helps to re-home.

Sue Dobbs, ‘Catathon’ organiser and manager of the Cats Protection Bridgend Adoption Centre says: “We’ve had an absolutely fantastic response from the local community – I want to say a big thank you to them all! I hope that everyone had a fun day, but also remember what it’s all about.

“At Cats Protection we see so many cats abandoned because people either don’t understand how to care for an animal, or don’t care. I hope that everyone who supported us this weekend will consider adopting a cat or kitten.”

Plucky puss Leo sent a would-be thief running with his tail between his legs when he disturbed a burglary at owner John Higgins’ house last December. Awoken by a disturbance in the small hours, the crime-busting puss went to investigate and, on spotting an intruder in the hallway, let out a series of ear-piercing yowls. Well and truly rumbled, the burglar fled the house empty-handed as Leo continued to sound his own unique alarm!

Life, health and the purrsuit of mice.
Everything for the modern cat.
By cats for cats.
Catalicious!